getting a Mac printer to work in VMWare fusion 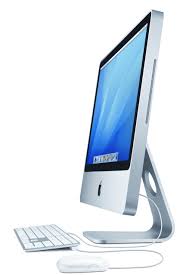 I really should be posting more about our iMac adventures, but of course, we have other priorities right now. Suffice it to say, that along with the Adam Adventures, there have been a few Apple Adventures along the way.

Tonight's challenge was precipitated by one of my goals - to make the iMac our "media computer..." the one where we have all our pictures and videos. To do that, I've added a MyBook Studio Edition to the Firewire 800 port to be our "work drive" for video and such, and a generic USB 2.0 drive to be our Time Machine backup drive.

Because we're a bicameral household, we run Windows Vista Ultimate (thanks, John) in VMWare Fusion on the iMac so that we can use several Windows-only programs that our household considers "mission critical." It's very nice using Spaces to just flip back and forth between the full screen Fusion session and the OS X session. Chief among our Windows attachments are Microsoft Money, which we've used for eons, and Google's Picasa, which is supposed to be out in a Mac version... soon... maybe??

I just moved all our pictures to the MyBook and loaded Picasa yesterday, so my dear wife asks me tonight, "can I print?"

Turns out there are three ways to print from VMWare fusion, all of which are outlined in their tutorial on the subject, but of course, I only had the patience to watch the first two.

What they don't start to explain are the pluses and minuses to each one:Option three took me about an hour to implement using the instructions buried deep in the replies at macosxhints.com (see this set of replies for the meat of it), but with some changes. Once I switched to bridged networking instead of NAT (so that my virtual machine had a 192.XX address,) I had to use:

in order to have my Windows virtual machine see the Mac printer. Using Name.local allows me to reboot to my heart's content and DHCP whatever addresses may come. It should be a true automatically-working-every-time solution.

If you're finding this post via google, I hope that this information helps. :D
by Patrick at 8:57 PM

I appreciate your hints on the printing issue with Fusion and a Mac printer. Is there any way you could provide me with a step by step procedure to get this going?

Therefore, better find a blog on HP Office jet 5610 All-in-One Printer/Fax/Scanner/Copier and find out if they can provide information on where to find such item with a cheaper price.
Dry Erase prints