i don't know art when I see it 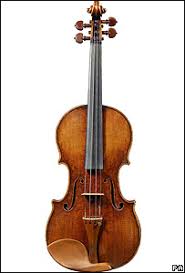 Have a look at this fascinating article from the Washington Post about an experiment that they did with Avery Fisher award-winning musician Joshua Bell playing a priceless Stradivarius violin in a metro station.

Leonard Slatkin, music director of the National Symphony Orchestra, was asked the same question. What did he think would occur, hypothetically, if one of the world's great violinists had performed incognito before a traveling rush-hour audience of 1,000-odd people?

"Let's assume," Slatkin said, "that he is not recognized and just taken for granted as a street musician . . . Still, I don't think that if he's really good, he's going to go unnoticed. He'd get a larger audience in Europe . . . but, okay, out of 1,000 people, my guess is there might be 35 or 40 who will recognize the quality for what it is. Maybe 75 to 100 will stop and spend some time listening."

So, a crowd would gather?

And how much will he make?

Thanks, Maestro. As it happens, this is not hypothetical. It really happened.

We'll tell you in a minute.

"Well, who was the musician?"